Do Poles get sick more frequently?

It depends with that illness - There are certainly several pathogenic variants, the frequency of which is slightly higher in the Polish population. One of such diseases is Nijmegen syndrome, or Nijmegen breakage syndrome (NBS, also known as Berlin breakage syndrome). It is commonly known that this disease is much more common in people of Slavic origin living in the Czech Republic, Slovakia or Poland, and that the largest number of them live in Poland.

NBS is a genetic disease caused by mutations in the NBS1 (8q21) gene, with the most common mutation known as the so-called Slavic mutation (657del5). The product of the NBS1 gene is a protein involved in the repair of DNA strand damage (dsDNA breaks). Thus, people suffering from NBS will have a higher risk of developing cancer, including lymphomas, gliomas and fibrosarcomas. These cancers are usually resistant to radiotherapy in NBS patients and occur very early, already in the first years of life. The characteristic symptoms of the disease are also: microcephaly, vitiligo and immunodeficiency.

The MAF (minor allele frequency) index for the founder variant (the so-called founder mutation 657del5 of the NBS1 gene) is globally 0.04% (GnomAD v3.1.1), but in the Polish population it is estimated at at least 0.27%.

The chart below shows the frequency of this variant in different populations (results from the GnomAD database, i.e. The 1000 Genomes Project, and the Thousand PolishGenomes project.) 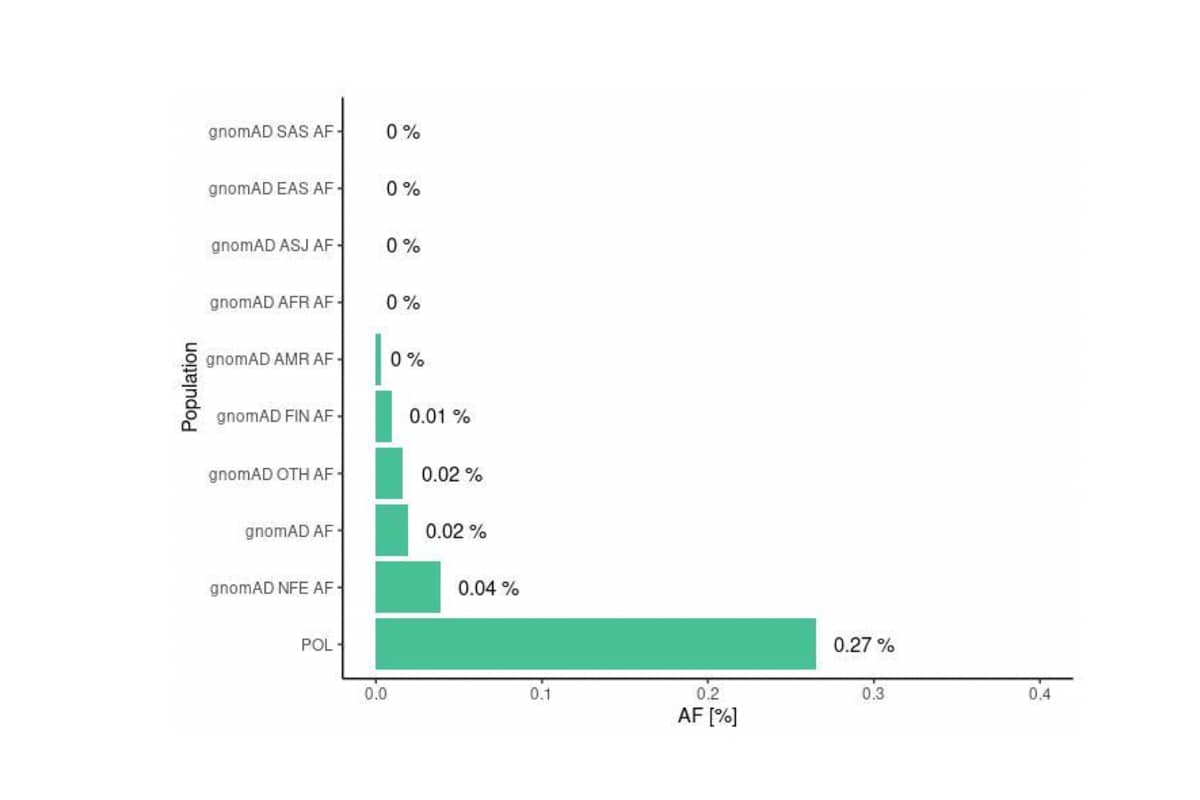 Find out more about that issue:

Find out more about NBS: